I mix a little bit of this, a bit of that, and a lot of Photoshop to accomplish my pieces. Art is about dedication and the journey you have with it. Continue to explore the creative path with me and let's see what we create! 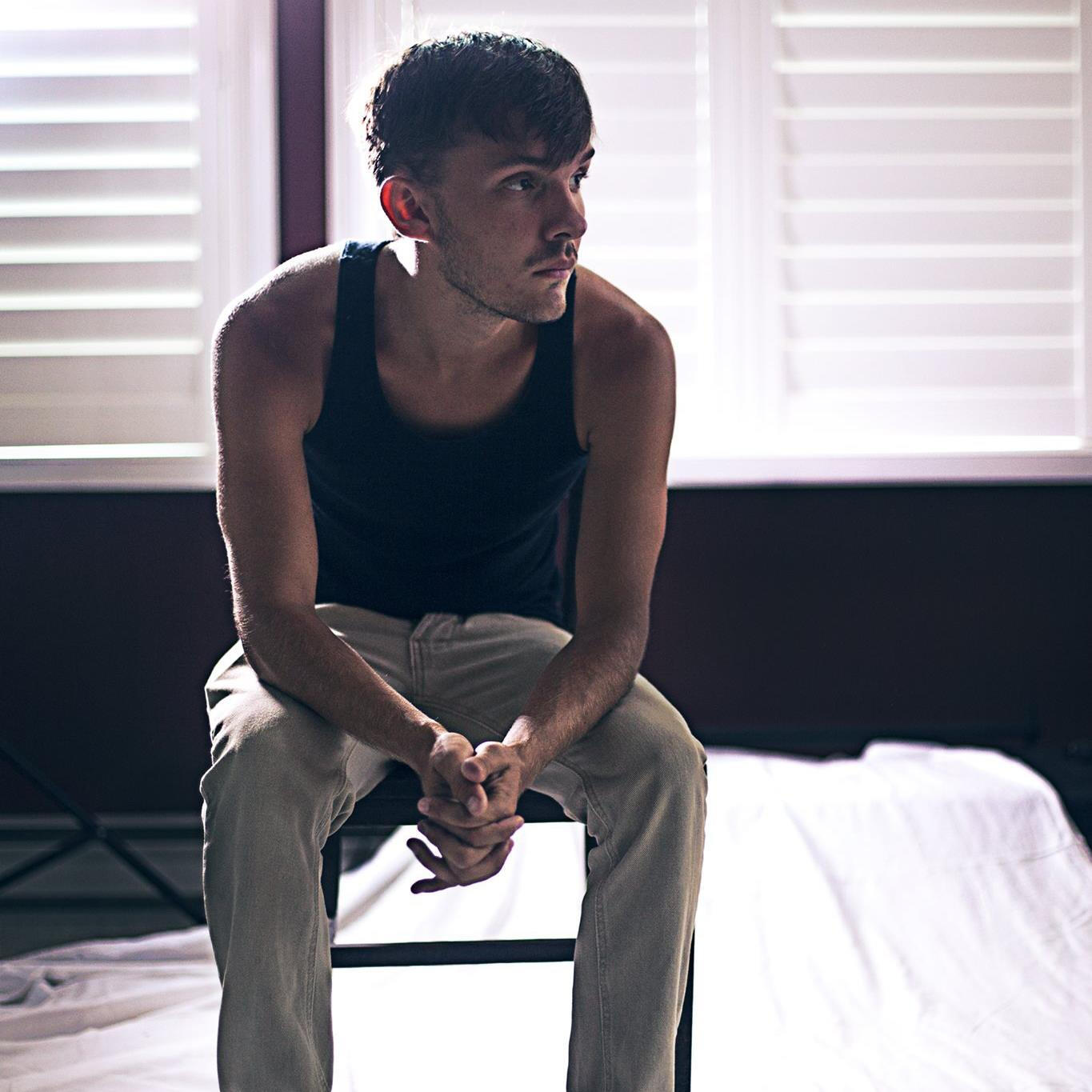 My name is Shaun Ryken and I'm clearly a Canadian. I'm a 27 year old that has focused on design for around 14 years now. I’m built to inspire, empower and encourage world change through design. I suffer from severe anxiety and use designing to help recycle some of my weird thoughts. The goal is to keep healthy, live life experiences and express it on canvas.

I hope you enjoy my work. It's created with passion and a story. Try to make something of it. Relate it to something in your life if you can. These are stories I've been through, jokes I've heard, friends I've made, things I regret. The art journey is a huge experience! One that you have to create yourself though. I have used creativity my entire life and I can totally help teach you how to use yours! Check out some of my work and come say hi in the Discord server!

Only my right eye works for vision.My first client was a hacker.I never truly liked coffee until I worked in a marketing firm.My favorite color is Amber. Commonly seen on street lights.Editing for 14 years bought my entire set-up.I have a cat named Socks.I suffer from severe anxiety which makes me over work myself.My creative mind can't burn out.Camping with a close friend makes me the happiest. 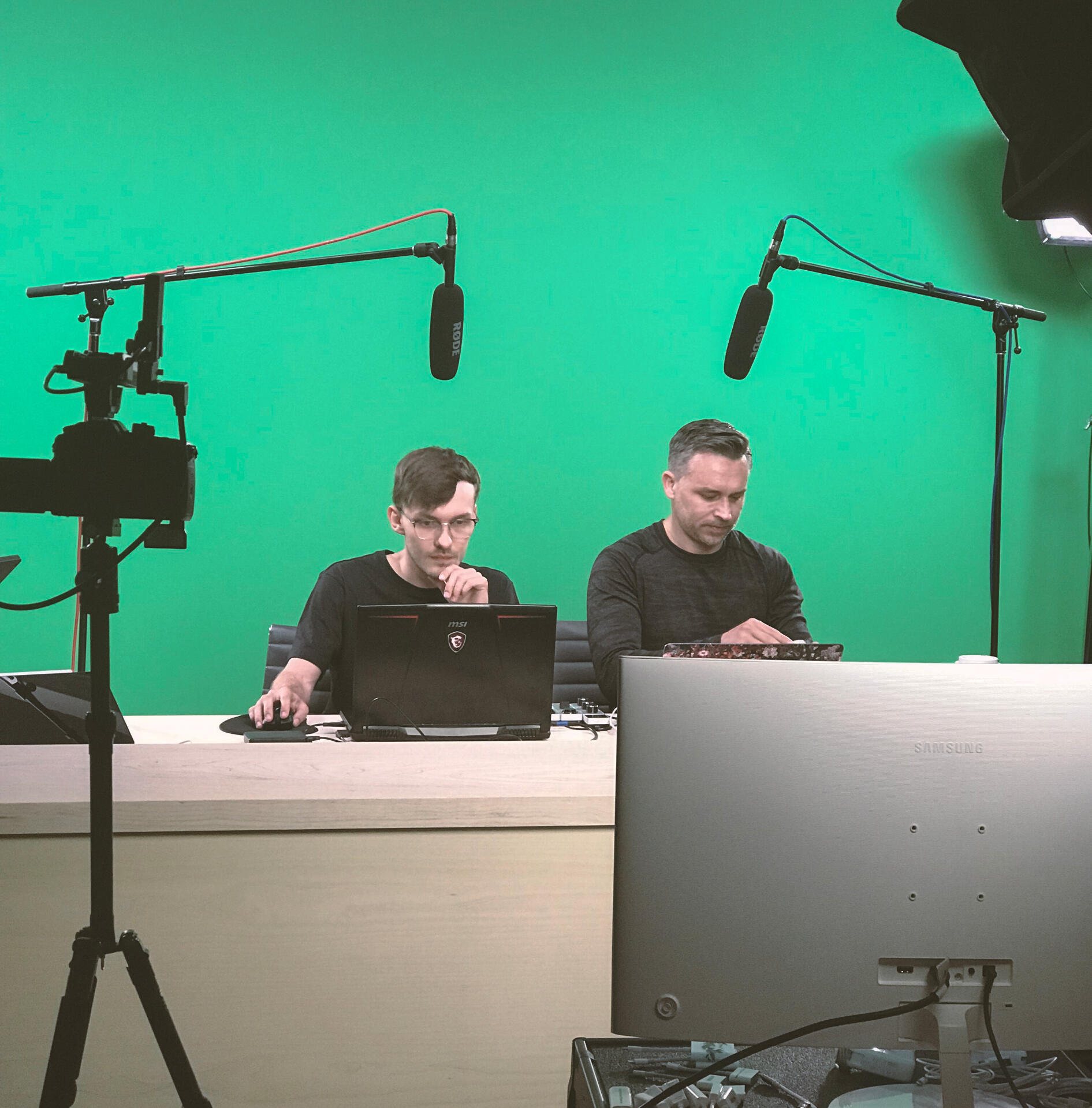 When Adobe asks for me to show off some new tricks live, I never hesitate to say yes. Here is a collection of some of the live streams I have completed for Adobe. You can learn a lot of interesting tips!

The genre of artwork I create is called digital composite work. I have been interested in composites for around 13 years now. In this time span I have specifically learned the Adobe Creative Cloud suite. My creativity doesn't just stem from the software I use, it's from routine and passion towards the task. The first media field I studied was photography, pretty basic right? I really enjoyed the lighting aspect of it. Lighting is a big part of blending in your composites. Shadow direction and highlights really determine the size and distance of your objects.

My artwork is inspired by my anxious mind. I think of multiple concepts while stressing out and I like to utilize a blank canvas to express it. Although I have severe anxiety and it takes me a while to get comfortable, I truly dedicate myself to the things I'm passionate about. You need to have cons to balance out those pros. The con is that it takes me FOREVER to fall asleep but the pro is that I have thought of like 1000 different concepts. Some people let those concepts run over and over in their head but if I write it down on a dry erase board, then it can easily be passed in the next thought loop. I'm not a Doctor so this isn't a prescription for anything, but art is a pretty great way to express an anxious mind. Using software like Photoshop help me express those 1000 ideas into a paper-less system. The dry erase board trick works great for a few hours but you might end up filling it easily.

I hope you enjoy my art. I have attached visual stories to these pieces and I hope that they are able to speak for themselves. If you don't understand my story, make up your own in any way you please! 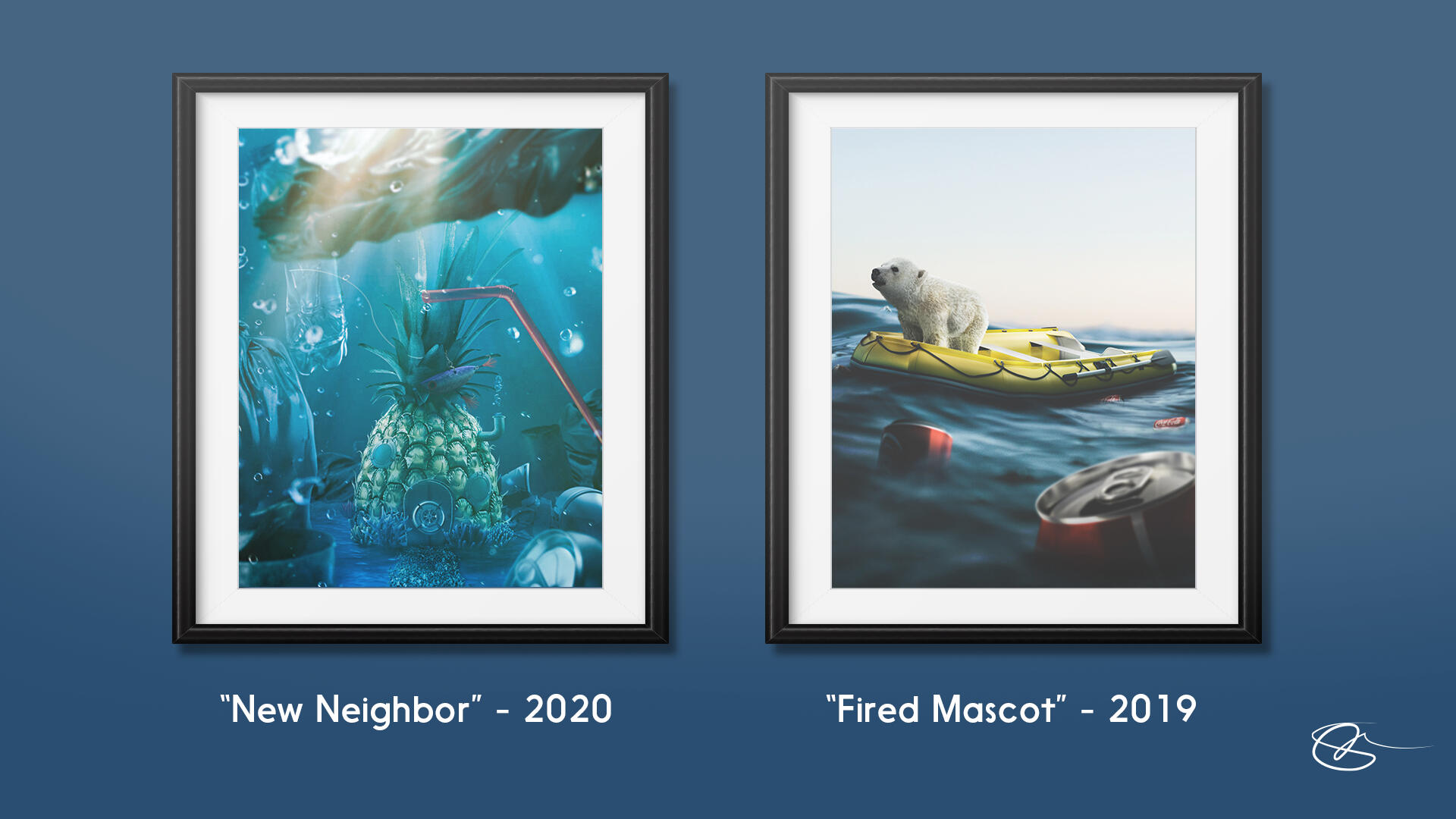 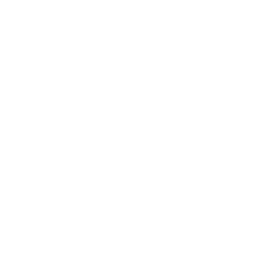 💧 Protect What You Love

In celebration of Earth Week,

"Protect What You Love” is the first NFT/crypto art collection of its kind highlighting the fragility of the world’s ocean and the vulnerable species and habitats that call it home. The artworks will be released on the Tezos-based NFT marketplace, Kalamint, where we are showing planet-conscious creatives that there are ways to participate in this emerging space without having to rely on energy-intensive blockchains!

Proceeds from these unique editions’ sales will directly support PangeaSeed Foundation’s efforts at the intersection of culture and environmentalism, powering their science, education, and ARTivism (S.E.A) programs worldwide.

The oceans are a dirty place and I want to try and utilize my art as much as I can to help clean it up. By collecting my work, you support not only me as an artist but my mission towards making a better impact with art. 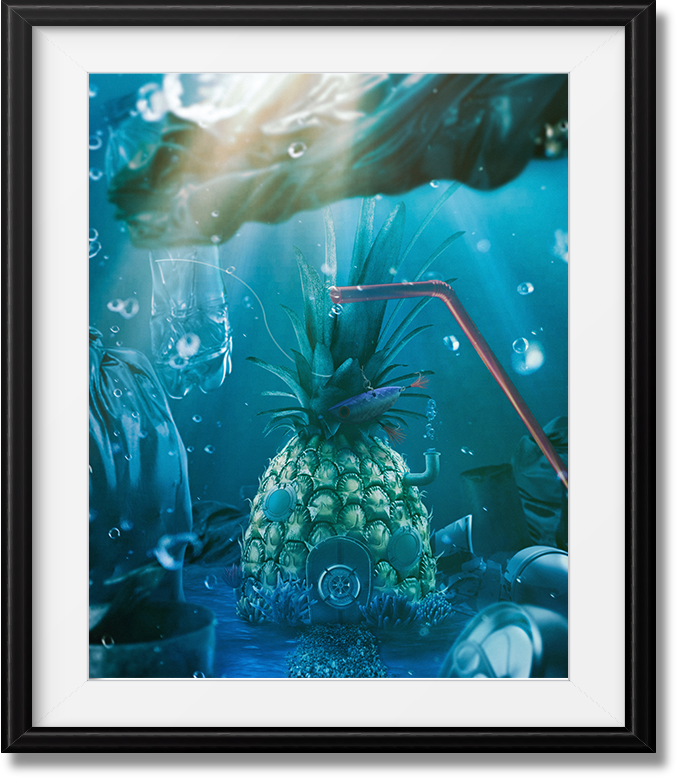 New neighbor is all about the true perspective of the ocean. Although I love Spongebob as a character, it really promoted the ocean in the wrong way. Fish being completely fine with living in trash and the sea floor being spotless. For a cartoon I was more in it for the comedy but the false view of what under water actually looked like had me confused. I created this piece to show what the true perspective might have been. What realistically was masked by a cartoon. It's designed to make you feel uncomfortable, cramped and should motivate you to make a change. We need a change. 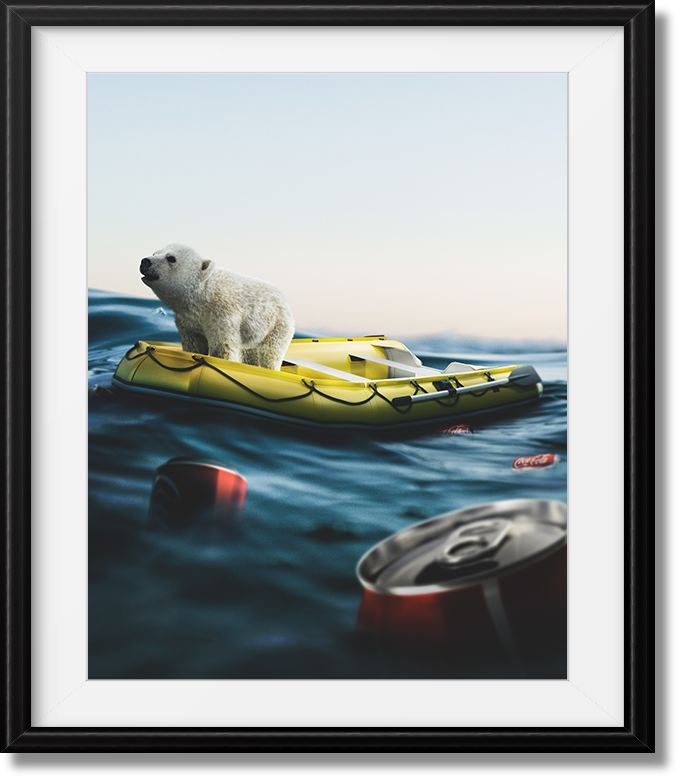 Sorry little guy. Coca Cola isn’t going to help you this time. Coca-Cola's first polar bear print advertisement appeared in France in 1922, and for the next 70 years, polar bears appeared sporadically in print advertising. In 1993, The Coca-Cola Company made a dramatic shift in its advertising by introducing the "Always Coca-Cola" campaign. Today the Coca Cola company no longer uses this mascot in their advertisements except for the occasional holiday ad. Because of ongoing and potential loss of their sea ice habitat resulting from climate change, polar bears were listed as a threatened species in the US under the Endangered Species Act in May 2008. For how much help this mascot helped this company, they sure haven't show the same support back. This piece was designed to show a baby polar bear looking for safety. Surrounded by sharp thrown away metals the polar bears chances are minimal. Will their "partner" help them? 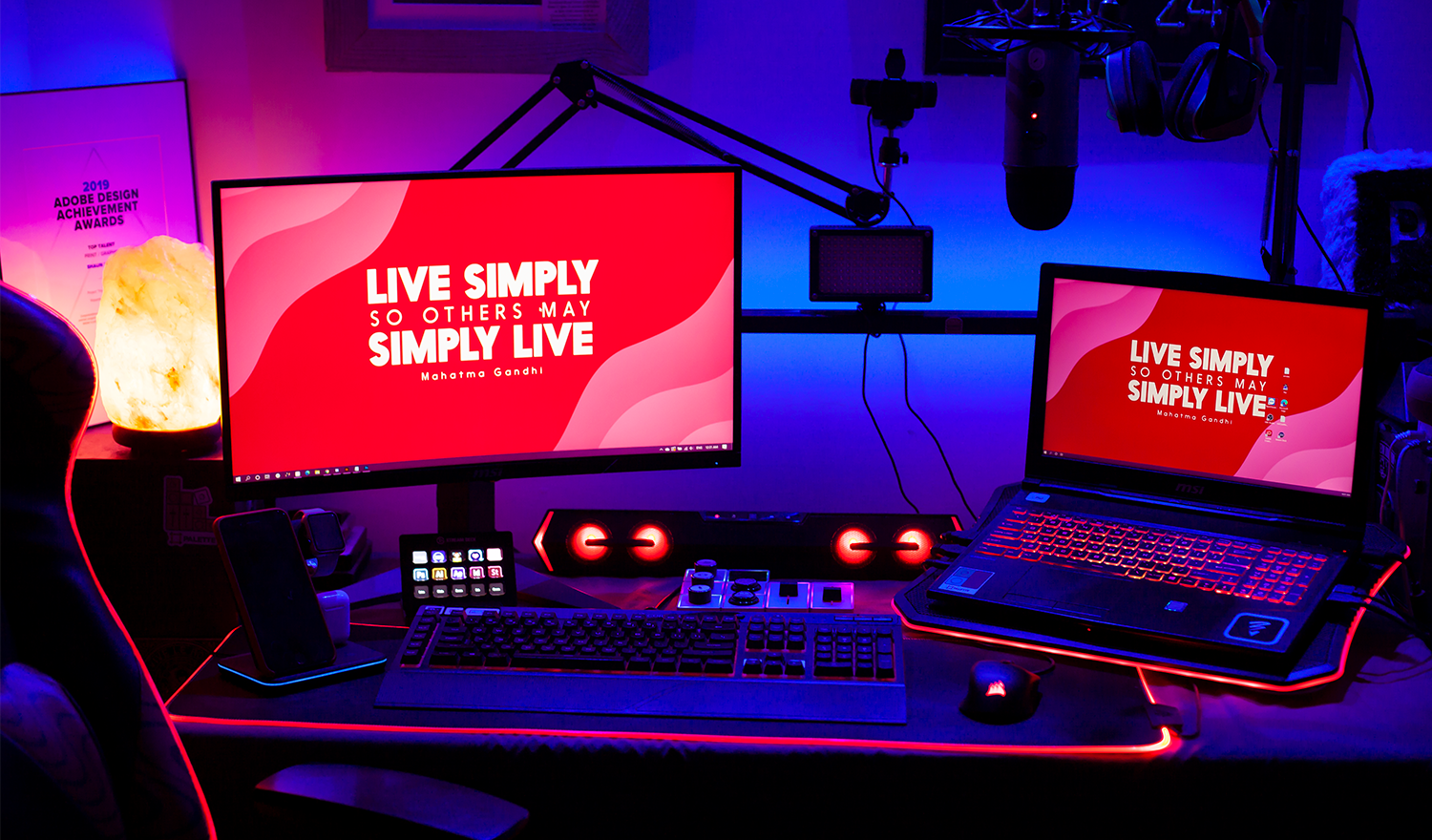 The Magic Maker - My Set-up

My first computer was an HP mini. The screen was so small but still I was able to Photoshop smaller graphics. Overtime I went through a few PC's that were passed down to me by my cousins. I saved up and worked my way towards the set up I have now but I still have plenty of upgrades to make. My set-up is colorful and really inspires some of my brighter ideas.

The Art Club journey began on July 2nd, 2019. The communities goal is to not only support your artwork but your future in the art industry. With hundreds of supportive and friendly individuals, the community is there for you. They support artists of all types in this server. Whether you're painting a canvas, digitally bringing your ideas to life, or strutting your stuff across the dance floor, we want to see your work. Visit the website below! 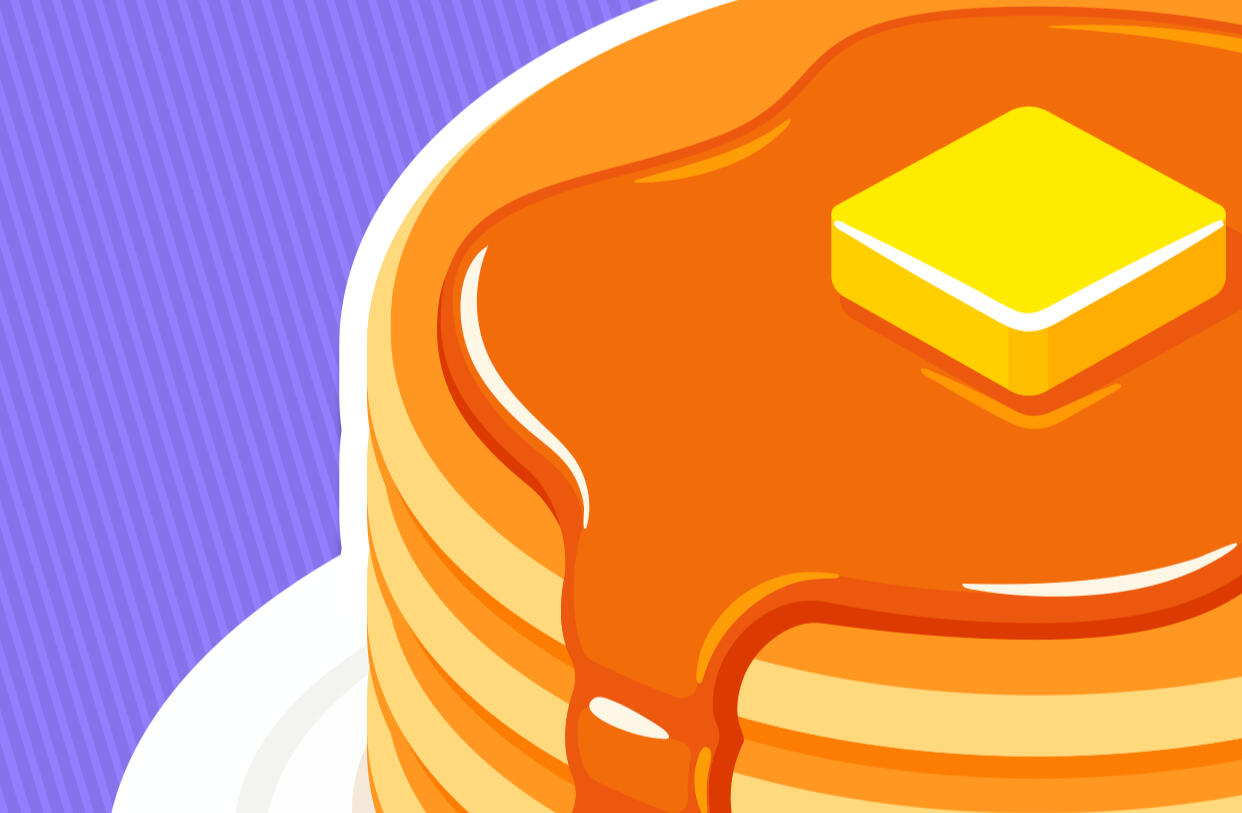 Full stack is a card game that has taken quite some time to accomplish. I have made a lot of memories with my friends playing this game and I want other's to make the same. It's not every day you hear of a new card game you can play using a regular deck of cards. I have built a website for everyone to learn how to play, this way it's easily accessible from home. This project is a side project that I hope to eventually expand one day.